Noh is a type of performing art unique to Japan that was completed from the late Kamakura period to the early Muromachi period.

Appearing of a stage with natural light 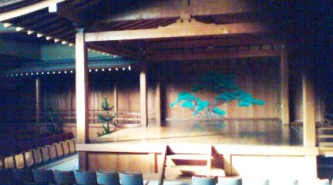 After in the end of was in 1945, when the reconstruction of the country began to take off, the Umewaka Rokuro family was relocated to their current location in Higashi- Nakano. The stage of Umeyabashi was burned down by the war damage and it was due to the strong desire of the second generation Umewaka Minoru, who was most sought after to build a new stage.
In January 1959, a stage construction plan was announced at the New Year’s banquet dishes and afterward Umewaka Minoru was sick and passed away on August 14th. Shortly after the sadness dries, Dr. Rokuro Umewaka while stood up to build the stage with his father’s wishes on his back. Then, when entering the stage of Noh theater construction, the current location is prohibited Kabuki- like music in a residential area therefore, it turned out that stage construction was impossible. In that condition, Dr. Rokuro war very confused and immediately go to the Governor of Tokyo to ask that have or not way to build the stage, it turn out that there was no problem if the stage was set up as a place for school training, and suddenly the establishment of a school suddenly emerged. In April 1960, an application for permission to set up the Umewaka Noh School Theater was submitted to Mayor Nakano, Noh stage construction war be promoted toward the establishment of a school and the incorporation of the Umewaka Theater. Immediately, the Stage Construction Committee was established with the Umewaka Rokuro supporters Association as the parent body. In August of the same year, permission to set up a school was granted and it was decided that the design would be by Hiroshi Oe and the construction be by Takenaka. On August 5th and 6th 1958 an invitation to commemorate the completion of the Umewaka Noh School Theater was held, and Professor Rokuro Umewaka had performed “Okina”. Then, on April2, 1937, an entrance ceremony was held for 13 students from the main course and 13 students from the free course and a page of the history of the Umewaka Noh School Theater was opened.

Click to here for the request form for performance and lectures 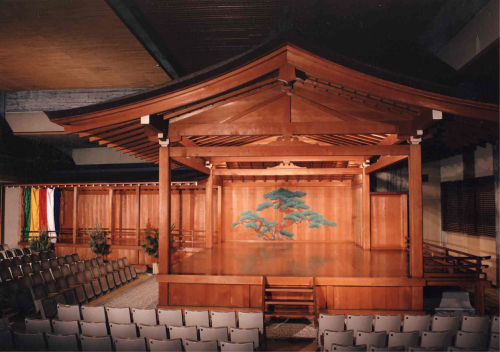 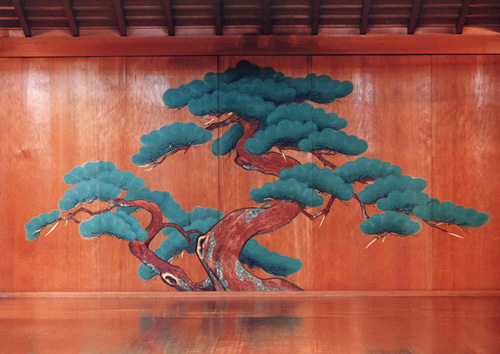 This core corporation is not a corporation that has a particularly close relationship with the country.