The Hayashi musicians consist of four types of musical instruments: flute (Nohkan), small drum, large drum (large skin), and drum, which are called “four beats”. Each musical instrument is divided into specialties and inherits advanced techniques and styles as a family art. Each person plays one instrument as a role. They don’t play anything other than their own responsibility.

In the performance, the taiko=drum takes the lead of the time signature, but in the “large and small items” where the taiko does not fit, the taiko leads the small drum. Percussionists not only play the instrument, but also shout “ya”, “ha”, “yoi”, “Iya-“, etc., which keeps time and informs the position of the performance.

The flute (Nohkan) used in Noh is a horizontal flute made of bamboo. Despite being the only melody instrument in quadruple, in Noh plays mainly rhythm rather than melody. This kind of flute playing is a characteristic of Noh musicians. 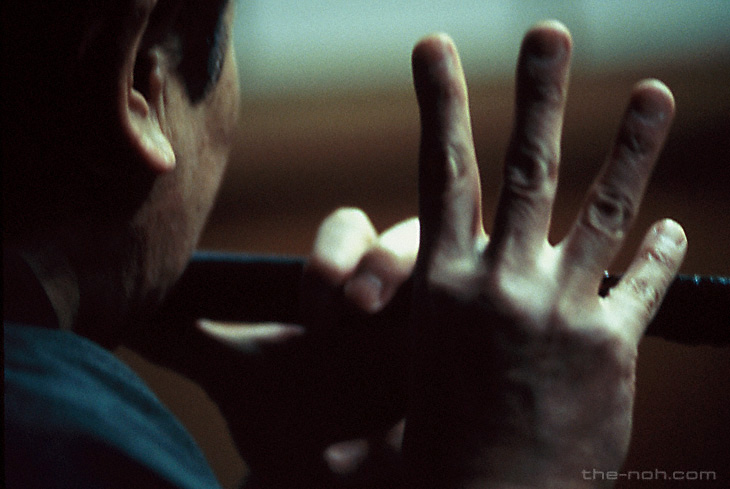 Since the melody is not emphasized, each Nohkan has a different length and hole position, and it is not tuned, so the pitch and scale are different. The purpose of Nohkan performance is to modify the song, symbolically express the psychology of the main character, and create a mood.

It is popular as a so-called “drum”, and it also controls the beats. Hold the string called “Shirabeo” with your left hand, place it on your right shoulder, and hit it with your right hand. By adjusting the tone, you can play 4 or 5 different tones. Moisture is essential for a beautiful tone, so you need to be constantly on the lookout for breathing, saliva, and more during the performance. 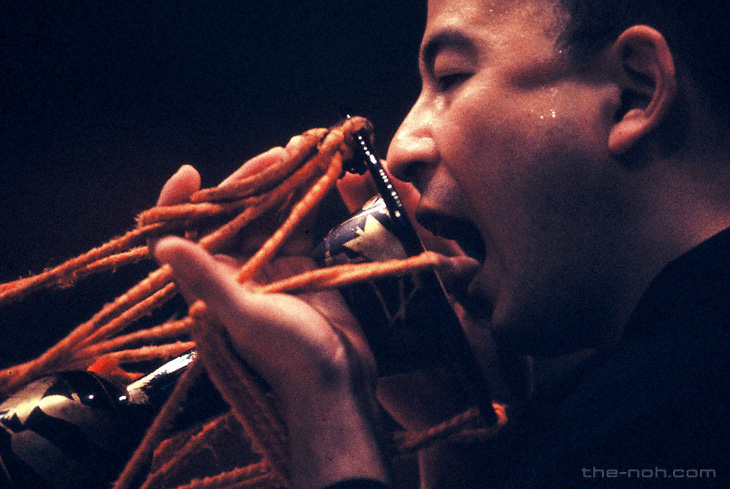 Otsuzumi is a hand-made drum that controls the beats. The sound is determined by the strength of the hit which called Shirabeo and whether or not the leather is pressed down after hitting. To play, hit with the fingers of your right hand on your left knee. The leather needs to be dried to make a hard sound and is roasted over charcoal for about an hour before playing. The sound contrasts with the sound of a soft drum and is in harmony.

The drum is hung on a table, placed on the floor, and hit with two plectrums. There are two methods, one is to repel the leather so that it doesn’t resonate, and the other is to add dynamics to the large, medium and small to make the sound resonate. Since two plectrums are used, continuous tapping sounds and complex rhythms are possible, giving the song a gorgeous look, so it is used to describe superhuman roles such as gods, demons, and spirits, as well as folk performing arts. Will often be done. Even songs with drums rarely continue to be played throughout the song, and it is typical to enter the latter half of the song. 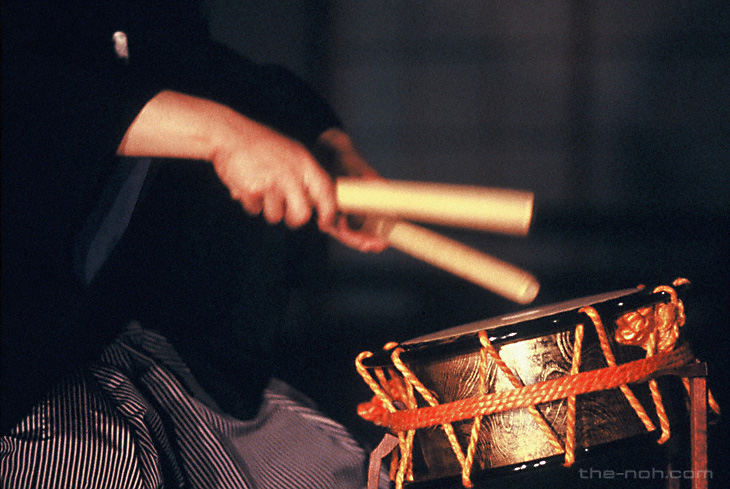 The existing style are the Kanze style and the Kinshun style.